Is Rooftop Solar a Fire Risk? 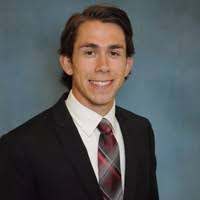 Over the last decade, solar photovoltaics (PV) have undergone an average annual growth rate of 49% as the cost of solar has dropped by more than 70%. The market is expected to double in size over the next five years, so how can you receive assurance that solar PV is not only a good investment but also a safe one?

One of the popular questions we are often asked among building owners is whether there is reason for concern about fires on rooftop PV systems. One of the higher profile cases that brought attention to this was when seven of Walmart’s rooftop solar systems caught fire in 2018. Because solar panels have live wires, there is going to be some level of fire risk just like any other electrical device at your business. In this article, I will explain why you can confidently install solar on your roof without having to worry about the possibility of your system catching fire.

Everything considered, solar PV fire incidents are extremely rare. Photon Magazine has recorded less than 1 incident per 10,000 installations [1]. In fact, it was no coincidence that Walmart experienced fires at a rate of nearly 300 times the average. It’s because the same contractor performed the install at all their stores. When it comes down to it, the #1 thing you can do to reduce the risk of your solar system catching on fire is to work with a quality solar installer.

A properly designed and installed solar PV system with correctly operating equipment presents no fire hazard [2]. For almost all fire incidents, there is overwhelming evidence that points to faulty installation practices as the root cause.

Solar is a relatively young industry, but there are plenty of indicators you can look for to tell if a company is an experienced contractor. Before you partner with an installer, consider the following:

It is also important to note that solar systems installed earlier in the decade have notable differences from those installed today because of how the industry has evolved to become safer and more reliable. Both technological advances in equipment, as well as more stringent electrical code requirements, have contributed to safer solar PV systems. Most of the Walmart stores were installed around 2012, which was before states had begun adopting either the 2014 or 2017 versions of the National Electrical Code (NEC).

Rapid shutdown was first introduced in the 2014 NEC with the intent of providing a simple method for firefighters to deenergize the solar array. In effect, the PV system could manually turn off if some problem prevented AC current from flowing to the inverters. Then in the 2017 NEC (Section 690.12), the rapid shutdown rules were updated to call for module-level shutdown because even when the inverter is switched off, the DC wiring will remain energized whenever the sun is shining. To meet the module-level regulations, smart modules, microinverters, or module-level power electronics (MLPEs) are required to reduce the string voltage and provide manual activation of rapid shutdown features.

With all DC-based MLPEs assisting with rapid shutdown, the AC breaker is the only switch you would need to flip. Not only does this protect the system and ensure personnel safety, but the MLPE adds module level monitoring functionality. As of Nov. 1, 2020, there are 38 states that have adopted 2017 NEC or above. You can find out NEC adoptions by state here.

Along with safer code requirements, there have been significant advances in solar design and technology that have improved fire safety. Both the proper sizing of the electrical components and the use of appropriate installation techniques are fundamental to the reduction of risk. There has been an increased adoption of expansion joints to allow for thermal movement and to prevent conductors or conduit from being damaged. PV equipment technology such as modules and inverters have made significant advances in recent years as well.

PV modules are required to comply with international standards for electrical performance and safety. The design of modern inverters now includes ground fault, overload, over-temperature, and arc fault protection to minimize risk. These protective elements make the system safer than most other electrical equipment on rooftops or inside buildings, such as HVAC electrical equipment [4]. MLPEs provide module level monitoring, and this has allowed data acquisition systems to identify problems quicker so that you know your system is operating problem-free at its max capacity.

Finally, before the array is energized, solar installers will go through a process of commissioning and electrical inspection to ensure the system is built to the drawing set and ready to start producing efficiently and safely.

Justin is a Project Engineer for Melink Solar & Geo, where he is involved in the design/engineering of commercial solar PV arrays ranging in size from 10 kW to 15 MW. Justin graduated from the University of Dayton with a Bachelor's degree in Mechanical Engineer and a Master's degree in Renewable and Clean Energy.